Albany’s Role in the Evolution of Air Transportation
Albany International Airport is the oldest municipal airport in the U.S. On May 29, 1910, Glenn H. Curtiss became the first aviator to achieve sustained flight between New York and Albany. Curtis chose to start his flight in Albany and bartered with a German farmer to rent a take-off field. That transaction determined the original location of Albany Airport, which started out as a single landing strip. As the demand of air travel increased, it became evident that the facility needed room to expand. As such, the airport was transferred to Westerlo Island. Compared to modern-day airports, the Westerlo Island field with simplistic, yet almost every famous airman of the day landed there. These famous aviators include: Amelia Earhart, James Doolittle, Clarence Chamberlain, and Charles Lindbergh.

Major Air Center for Capital Region, Northeastern NY, and Western New England
Over the years the facility has made many updates and expansions, transforming it into the modern international air center that it is today. In 1998 the airport added on a new terminal to accommodate Southwest Airlines. Other additions included expanded TSA checkpoints to increase passenger queueing, increased number of available concessions, and increased parking accommodations. Recently the airport completed a multi-million dollar expansion project which added a new 230,000 square foot terminal, parking garage, air traffic control tower, and cargo facility. The airport is also in the midst of a 5 year Capital Plan to improve the safety and meet the changing needs of air travelers and air carriers.

Currently, Albany Airport handles an average of fifty-five daily arrivals and departures for commercial airlines such as Delta, Southwest, United, American Airlines, and JetBlue. In addition to commercial airlines, Albany International Airport handles the arrival and departures for corporate and private charter companies. The airport is also the home base for two flying clubs.

Tips for Traveling Through Albany International Airport
When flying out of the airport, it is best to arrive at least 90 minutes prior to your departure. This will give you ample time for parking at Albany airport, check your bags, move through the security checkpoint and find your boarding terminal. Time spent at security can vary widely. If you are flying in the early morning or other heavy travel periods such as holidays you should consider giving yourself more time. 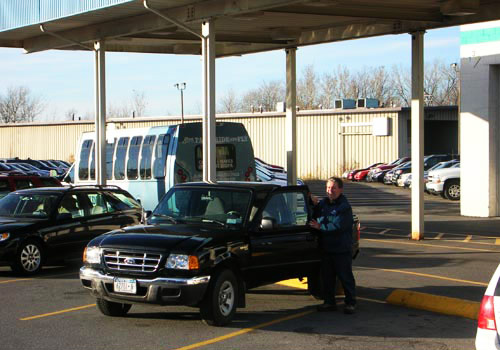 Arriving at the checkpoint prepared will help shorten your time at security. Be sure you do not have any prohibited items such as oversize liquids or knives at the checkpoint. Liquids in your carry-on bag must be 3.4 ounces or less and all bottles must fit in a single quart size plastic bag and placed in a bin for screening. If you have larger volumes of liquid you need to transport pack it in your checked-in luggage instead of your carry on. When you arrive at the checkpoint have an ID and your boarding pass ready to hand to the TSA officer. Also, stay away from wearing bulky jewelry, hair accessories, carrying excess items in your pocket, etc… that are likely to require additional screening.

Albany Airport Parking
Albany International Airport offers both short-term and long-term parking, as well as an Economy lot. Keep in mind that curb-side skycap services are only available for Delta Airlines. Also, while the airport is open 24 hours a day, the skycaps are not. Currently the skycaps are available from 4:30am-8:30am and 10:30am-5:30pm. Off-site airport parking is available through Albany Park Ride & Fly, which you can pre-book. This off-site parking option conveniently offers complimentary luggage handling, parking discounts, and curb-to-curb shuttle services.