Tired of all the hassles and expenses that come with parking at the Albany International Airport? Let Park Ride Fly take care of you at Albany NY Airport. Offering premium valet parking at value prices means no more walking, waiting or dragging heavy luggage!

Our secure Albany NY Airport Parking facility located at the intersection of I-87 and I-90 is under 24-hour surveillance, well-lit and most importantly safe. Spend less time worrying and more time vacationing. We will be waiting with your warm car - especially in the cold and unforgiving Albany Winters.

If you are traveling through Albany during the holiday season, use these holiday travel tips to ensure easy travel. 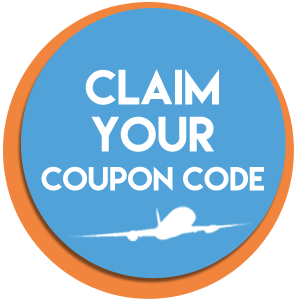 Friendly Reminder: We are the only valet service for Albany airport parking at ALB International Airport. Compare our discounted airport parking rates to the airport and save! Airport rate of $12.00 per day, $74.00 a Week. SAVE on our rate of $8.75 per Day, $52.50 a Week. No Walking, No Hauling Luggage, No Waiting!

Save with Short and Long-Term Albany Airport Parking Rates

IMPORTANT NOTICE..Travelling I87 (The Northway) South BoundYou will continue to take EXIT 4 ( WOLF RD), take a left off the exit and we are the second building on the right. Travelling I87 (The Northway) North Bound You will now take EXIT 3 (ALBANY AIRPORT), take a RIGHT TURN at the end of the exit onto Albany Shaker Rd and proceed to the first light and TAKE A LEFT TURN on Route 155 (Old Wolf Rd), we are the 3RD building on the left.

What happens if your travel plans change? No problem! You can always change or cancel your airport parking reservation later. We also carry a "No Cancellation Fee" policy for cancelled flights.

Get directions from your address with Google Maps:

Please be aware that navigation systems vary and are not guaranteed to take you directly to the lot.

To help ensure accuracy of customer reviews we only accept ratings from Albany Park Ride & Fly customers who have made a reservation with us.

Our Take on Albany International Airport

Have a little extra time on your hands? Be sure to check out the airport�s Art & Culture Program showcasing the work of regional artists and area museum collections, as well as national traveling exhibitions. And also be sure to check out Albany Park Ride & Fly for great rates, great value and friendly professional service each and every time!

The Albany International Airport has grown significantly over the years to accommodate increasing air traffic and the ever-growing travel needs of the consumers it serves. The 1,200-acre airport facility has received numerous upgrades, including new terminals, security and safety updates, parking lot expansions, and more.

Flying In & Out of Albany International

When departing from the Albany airport, arriving at least 90 minutes before your flight’s departure time is highly recommended. While the airport’s security checkpoints often run efficiently, when traveling during high volume travel periods and busy times of the day passing through security can be time consuming.

The airport terminals are well equipped with computer workstations, charging stations, and conference rooms for those traveling on business. Travelers will also find restaurants including national chains like Starbucks and McDonalds as well as local favorites, shops, restrooms, water fountains, and plentiful seating throughout each terminal.

Parking at the Albany Airport

Both long term and short term parking options are available at Albany International Airport. There are a number of lots right on the airport premises, including an economy lot accessible by airport shuttle. Off-airport parking is also available through Park Ride Fly at a discounted rate.

Servicing dozens of international and domestic destinations, Albany International Airport has become an increasingly popular airport among travelers throughout Upstate NY’s Capital District and beyond. Whether you’re traveling to or from the Albany area, the Albany Airport’s updated facilities, convenient parking options, and accessible location at the intersection of I-87 and I-90 make it an excellent choice.

Start your trip off right – stress free and saving money. Guarantee your parking space by planning ahead.